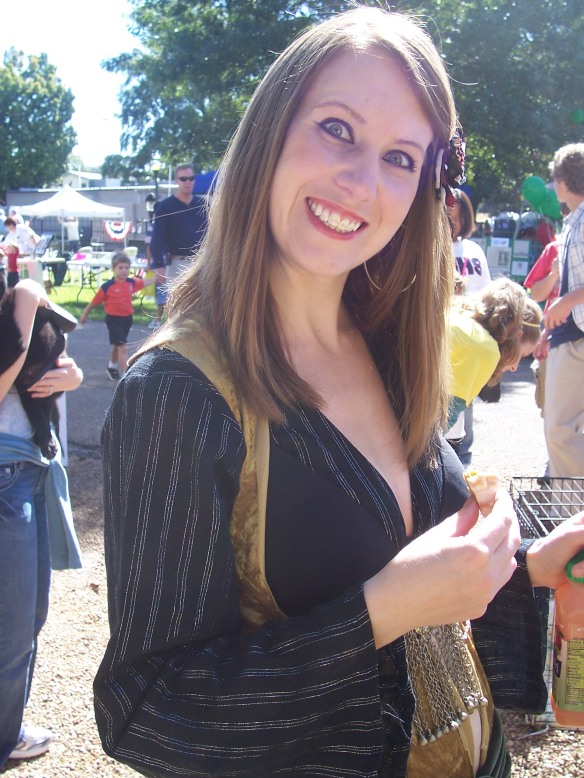 Saturday, the town of Madison, Alabama, officially welcomed fall with 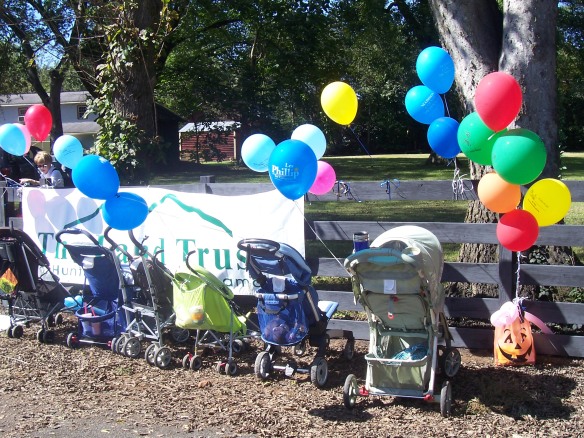 the annual Madison Street Festival. A gorgeous early-fall day brought out thousands of folks to shop arts-and-crafts booths, eat that tempting fried festival food (funnel cakes, anyone?), catch up with their neighbors and be entertained by folks like Older Daughter, who performed with her Huntsville belly-dance troupe. She is an awesome dancer (and that’s not just maternal pride 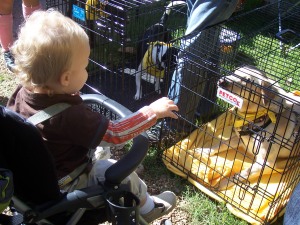 speaking), and the group’s repertoire included a piece she had choreographed herself. Even 18-month-old Capt. Adorable seemed to recognize his mom onstage. At least, he sat still and watched in his stroller for about 15 minutes. Or maybe he was just fascinated with the balloons we tied to the handles. Balloon-decorated strollers were everywhere, as you can tell by the line parked outside the festival’s raptor show — balloons and pets were prohibited, although I guess young children were considered safe! Capt. Adorable almost came home with a pet, since he made friends with the oh-so-adorable puppies at the animal-shelter’s booth. I’ve got a feeling there may be a new addition at the Captain’s house soon. Read more about the festival at http://blog.al.com/breaking/2009/10/madison_street_festival_draws.html and http://www.madisonstreetfestival.org/