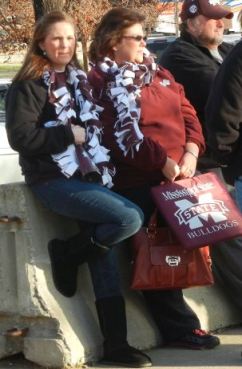 We’re making our way through college football’s bowl season leading up to Monday’s Bowl Championship Series  twice-in-a-century showdown between SEC West powerhouses LSU and Alabama. And the most pressing

question is not “What? Them again?? When is ‘Dancing with the Stars’ coming back on???” but rather “How can I look stylish and exhibit team spirit while squashed between screaming drunk people while it’s 35 degrees outside?” At the recent Music City Bowl, Mississippi State fans pretty much took over the downtown area of host city Nashville, Tenn., and swamped the LP Stadium at game time with maroon and white. But opponent and eventual loser Wake Forest showed up with a few fans who braved the freezing temps in black and gold. 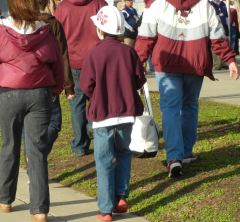 2 thoughts on “Bowling for Fashion”