It’s almost like the whole state of Alabama has shut down today, due to 1) snow and 2) the University of Alabama 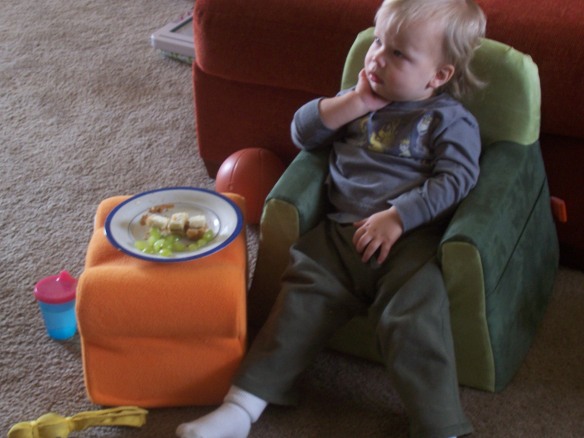 playing for the national college-football championship tonight. So far, at least in my northwest corner of the state, the snow is not impressing and doesn’t seem to warrant all the school-closings and grocery-store frenzies that went on yesterday. Here’s hoping that Alabama’s football showing tonight is better. Now, normally I am not an Alabama fan — you know it’s a rule here that you have to choose between Alabama and Auburn and I’ve just sort of gravitated toward Auburn as the usual underdog (plus I like the campus better because it’s prettier and smaller) — but tonight I feel as if the honor of SEC football is at stake in front of the whole country and Alabama Must Win. Younger Daughter, on the other hand, is bitterly anti-Alabama and already has declared that we’re a house divided tonight if I’m going to jump ship like this. And it does pain me, it really does — but it’s vital we in the SEC show everyone that we deserve to be represented in the national championship, at least by one team if we can’t have both. So — and you won’t often hear me say this — “Roll, Tide!” Tonight we’ll all be like 21-month-old grandson Capt. Adorable — lounging in our easy chairs with eyes glued to the screens and snacks nearby.